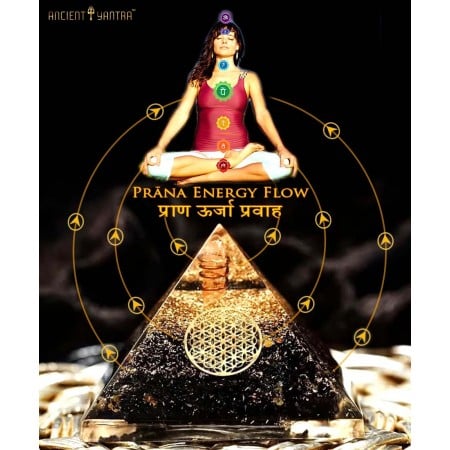 A large Prana Stambh is so powerful that it can even change weather conditions when placed in open sky.

Place The URJA YANTRA Inside Your Home/Office Or Place It in The Room Where You Meditate

Even Plants Grow Faster When URJA YANTRA is Kept Near Them 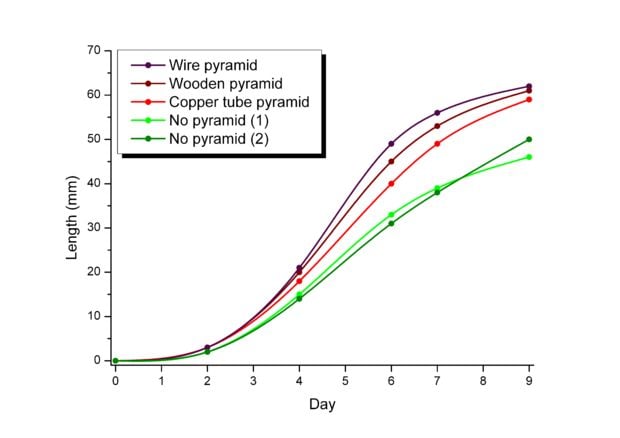 GROWTH GRAPH WITH & WITHOUT URJA YANTRA

Blocks all Negative Energies & Radiations Around You 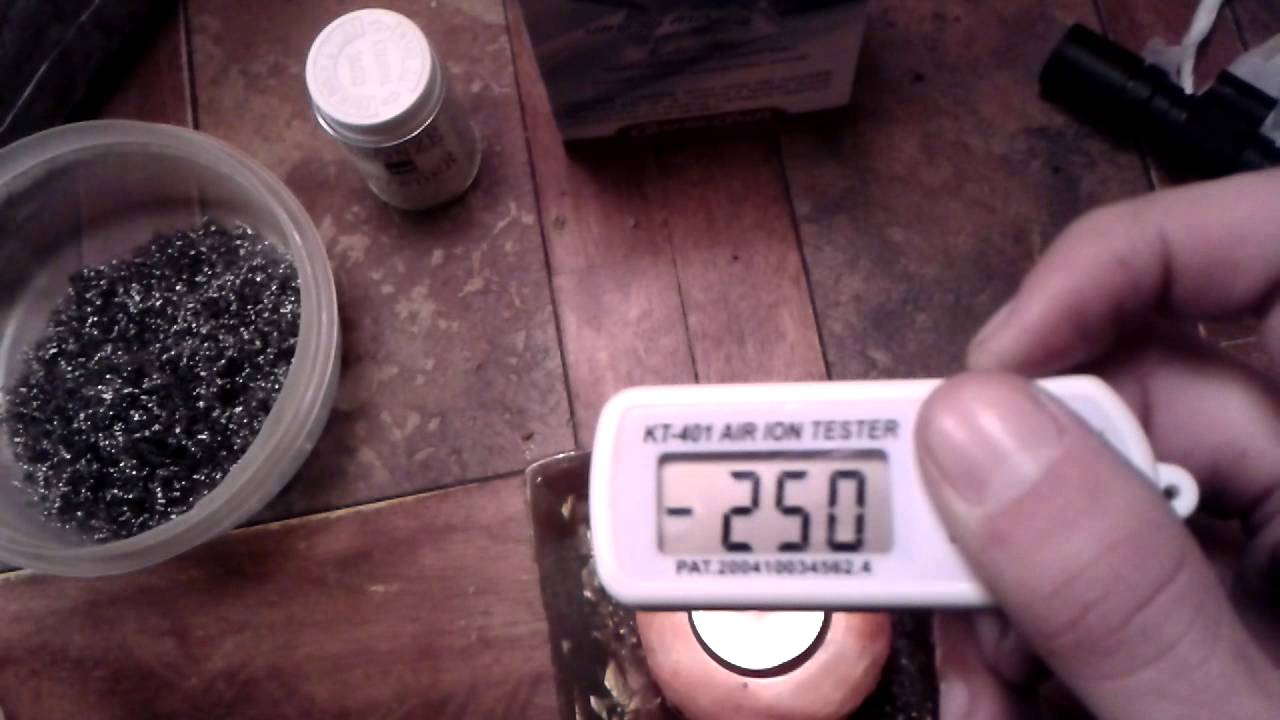 It creates a Aura of energy around your house / office / human body which ultimately attarcts wealth & improve health. 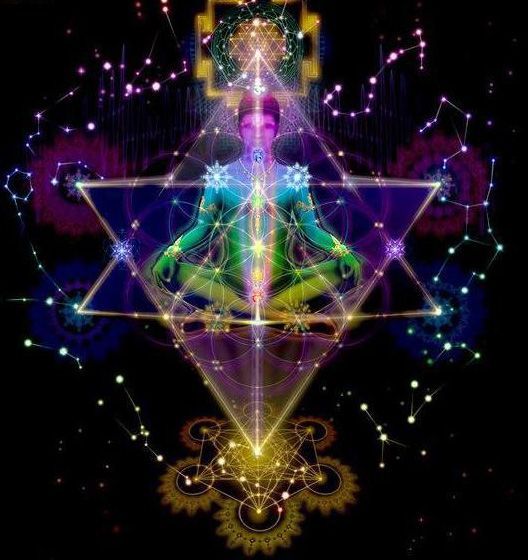 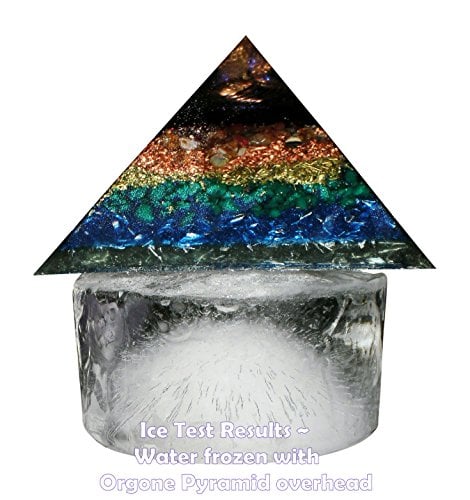 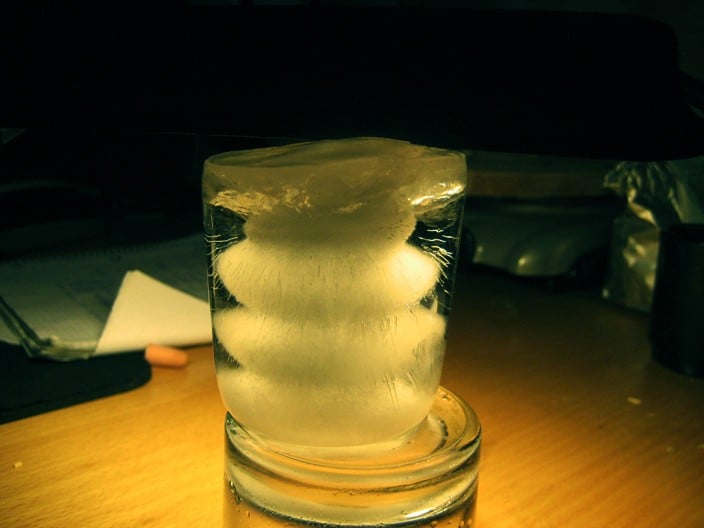 Flow of orgone energy clearly visible after placing the glass of water and freezing on orgone resulting in tunnel like structure formation.

Helps in emotional transformation." - It is a powerful emotional cleanser helping to remove past traumas, and negative emotions, to bring harmony into your life.

Even Food Remains Fresh for Longer 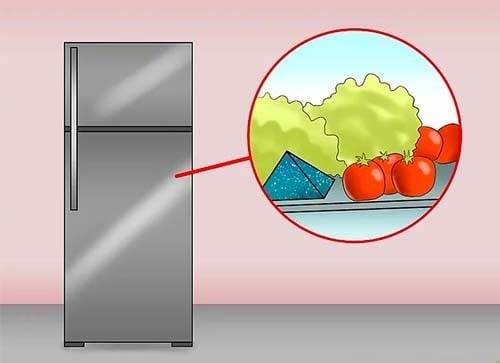 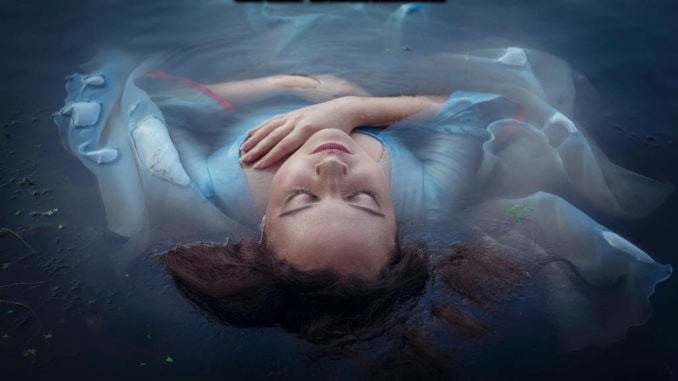 Calms your Mind To Give You Better Sleep 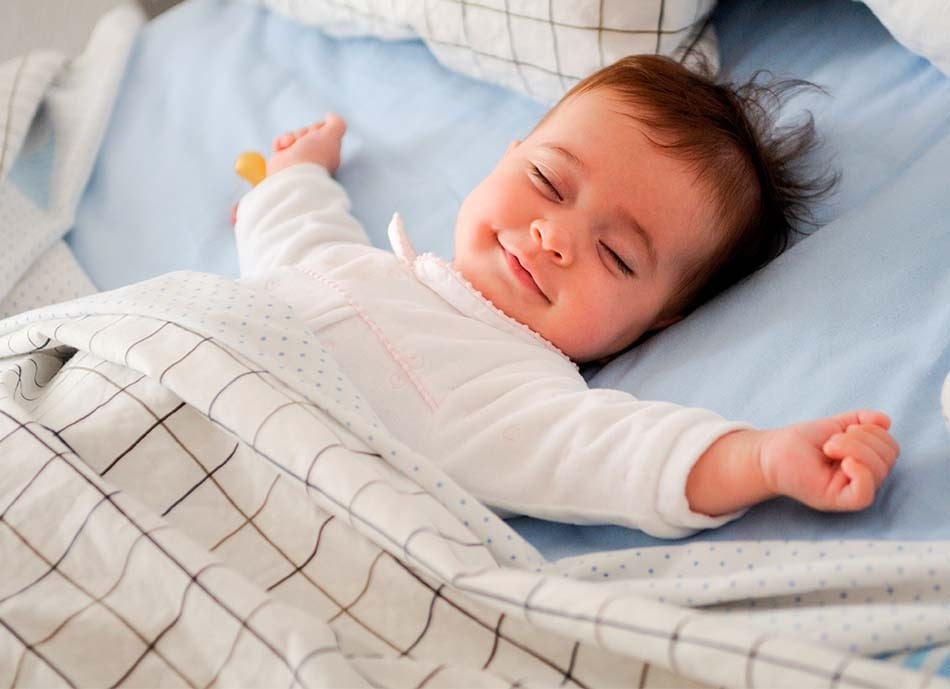 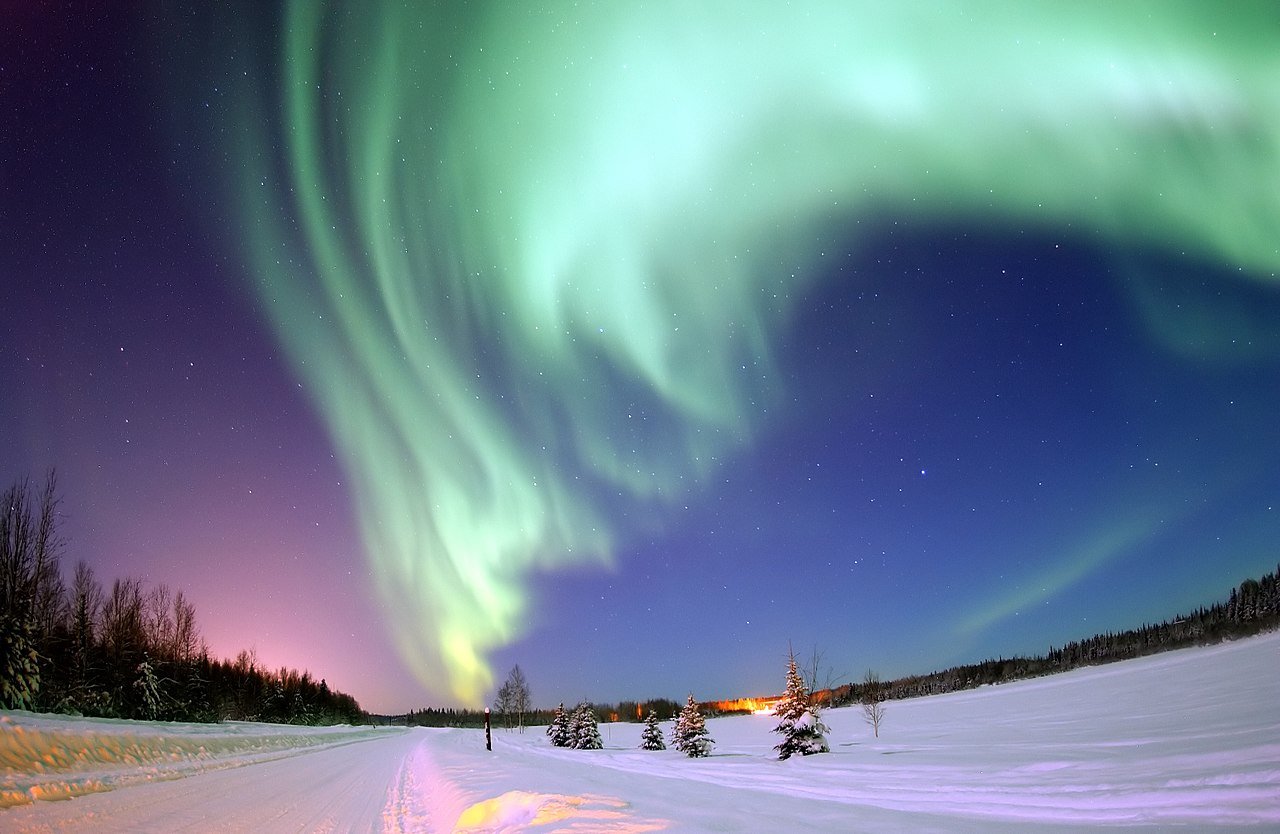 EACH PIECE IS A ONE OF A KIND, HAND MADE CREATION 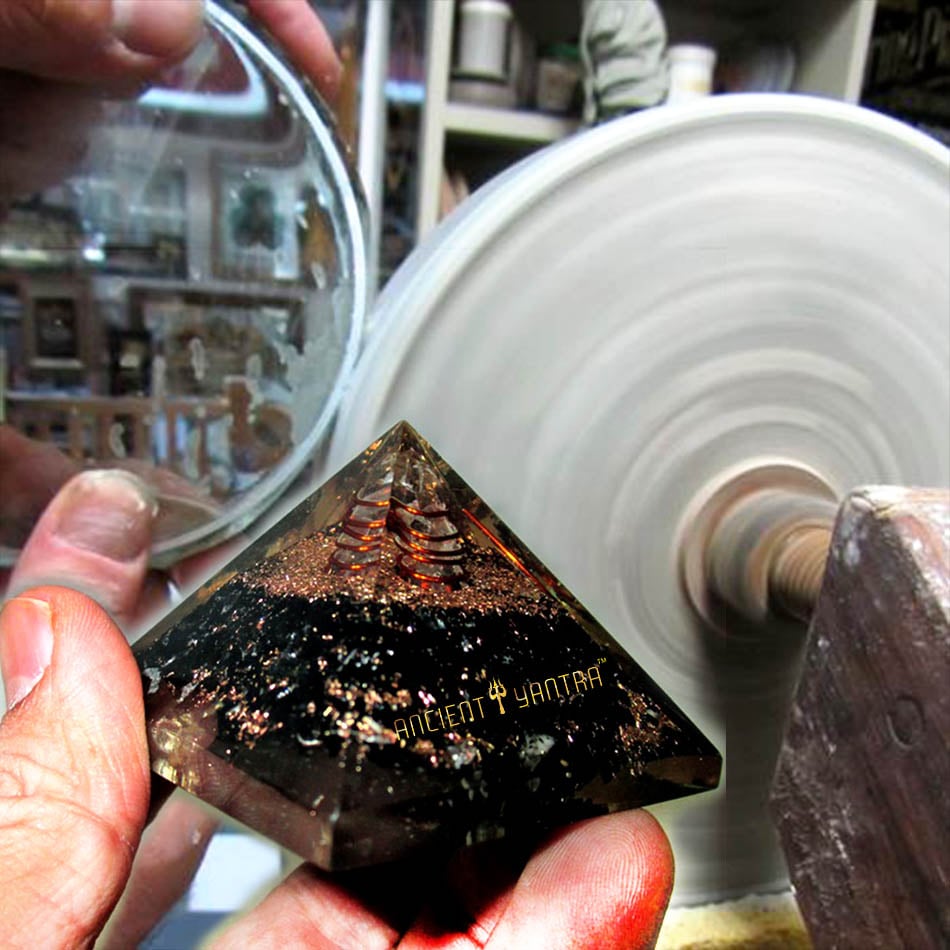 PRANA STAMBH is hand made little Sanctuary in the healing places of India. Created to alchemize imbalanced energies resulting from environmental and emotional pollutants. 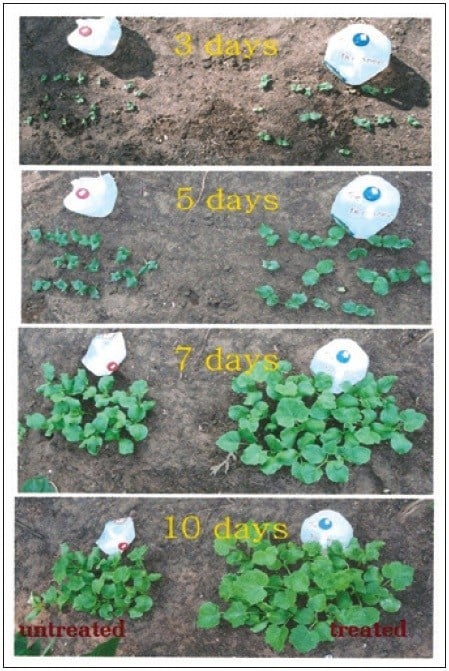 Coined by Dr. Wilhelm Reich in the year 1930 , Orgone has been called by the Great mystics and philosophers; Chi in chinese , Prana in sanskrit or simply the Force.

Dr. Reich, an Austrian scientist, philosopher and psychoanalyst; developed a technology to tap into the Cosmic Orgone Sea to provide a continuous stream of Life-force energy.
Reich stated that deficits or constrictions in bodily orgone were at the root of many diseases

You can experience temporary discomforts, because of ‘too much’ of a beneficial effect. In the sudden presence of large amounts of energy you could feel the effects too strongly at first.

Connect to your powers of manifestation and fire your will to act with Ancient Yantra's PRANA STAMBH. This STAMBH is an excellent Feng Shui balancing tool to harmonize your work or creative space. The energy pulsing through the orgone balancing energy matrix is invigorating to the physical body and purifying to the energy body.

Use the Ancient Yantra's PRANA STAMBH as a focal point in your meditation practice to activate the Flame. place this orgone pyramid in a thoughtful area of your home or office to balance EMFs and support harmony.

Amethyst: a stone of protection. Connect you to to your Higher Self, Spirit-Guides and the Angelic Realms. Open the gateway to our intuition and psychic abilities. Provides psychic, mental, and physical alignment. It assists in meditation and helps us to visualize more easily. Helps those working to release attachments to addictions.

Malachite: known as the "stone of transformation." - helps to clarify emotions and clear the pathway to your heart's desire. powerful emotional cleanser helping to remove past traumas, and negative emotions, to bring harmony into your life.

Shungite: estimated by scientists to be almost 2 Billion years old, absorbing and eliminating everything that imposes a hazard to life, while concentrating and restoring all that is beneficial. A powerful mineral to purify water and align electromagnetic frequencies to their balanced state. It can be up to 95% carbon, and is composed of nearly all the elements on the periodic table. Scientists who have investigated this phenomenon have unanimously declared it a miracle.

Chalcopyrite/Peacock Ore: clears the energetic pathways to all the Chakras, it enhances the movement of Qi, through the body, and stabilizes cellular energy as higher frequencies are integrated.

Labradorite: creates a shielding force throughout the aura. Enhances our innate powers of clairvoyance, telepathy, and assists in communication with our Higher Self and Spirit guides.
It provides an ease in moving between the worlds, and permits a safe and grounded return to the present. [Simmons, 225]

Petalite: “Stone of Peace.” - highly protective. Helps us to connect to our angels, spirit guides, totems and Higher Self by enhancing and increasing intuition and psychic abilities, and increasing one's ability to feel subtle energies. It has been used to protect Shamans during ceremony.

Amazonite: Called the Stone of Courage and the Stone of Truth. It empowers one in the discovery of personal truth and integrity. Powerful protection from EMFs by neutralizing imbalanced energies and grounding the personal energy field.

Bronze: an alloy of Copper and Tin. Tin vibrates to Jupiter, the planet of protection, and generosity of spirit. can bring on great calmness and deep insight into one's problems.

Copper: great conductor. Associated with Venus. conducts spiritual energy back and forth between individuals, crystals, auras, the mind and the spirit world.

Based on the research of Dr. Wilhelm Reich and the work of Don and Carol Croft. The layering of these elements creates a matrix, which effectively cleanses our energetic environment, and is the science and activating force in this healing art form. Polyester resin is used because part of its molecular structure includes a chain of carbon atoms - making it an "organic" compound, which attracts energy. Also, polyester resin has a high rate of shrink ability when curing, which creates extra force on the surface of the quartz. This pressure magnifies the already present electrical charge on the surface of the quartz, amplifying the holistic healing properties of this abundant mineral.

As my work progresses, my heart, mind, and Spirit open more and more to the energies of crystals. Their powerful healing messages aligned for conscious access to the heart center. I Reiki Charge and attune each orgone pyramid generator at the completion of pouring and once more before shipment.

∞ May we change the way we operate on an individual level and effect the vibration of the whole. This is my dream. ∞

Only registered users can write reviews. Please, log in or register